By Jonathan Cooper, Chair of the Bassett Neighborhood

Work on the first owner-occupied housing to be constructed in the Bassett neighborhood in well over 10 years will begin soon at 222 South Hamilton St. , across from the Dane County Courthouse.  The existing three-story office building on the site,which dates from the early 1960s, will be demolished and replaced by the Barracuda, a six-story structure with 19 owner-occupied condominium units, approximately 1000 sq. ft. of ground-floor commercial space, and enclosed parking.  The new construction, a project of Populance LLC which received final approval from the city Plan Commission on Oct. 1, has a 15-foot stepback on the upper two floors along South Hamilton and is designed to maximize residents’ views of Lake Monona. Demolition of the existing structure on the site should begin in November, with completion of the new building expected in late summer or early fall 2019.  The developers first brought their proposal to the Bassett neighborhood monthly meeting last March and worked closely with a neighborhood steering committee during the planning and approval process. 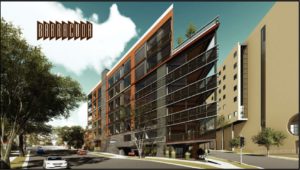 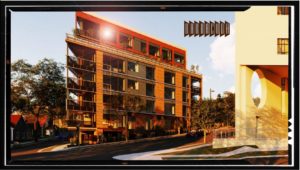