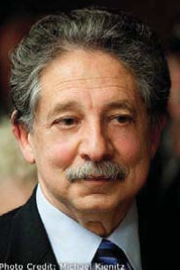 I am pleased to let you know that Madison property owners will soon have the option of paying their taxes over four installments. By off ering taxpayers more than the typical two installments, beginning in December, Madison joins most of the larger communities in the state, such as Kenosha, Racine, La Crosse, and most of Milwaukee County’s municipalities.

Studies have shown that municipalities that collect property taxes over multiple installments see a significantly lower rate of delinquency than the two-installment method.

The three most important things to remember about the new system are:

At the height of the recession, the city’s delinquency rate was over twice the historical average. Even today, delinquencies are 30% more than what we would expect. We hope off ering the four-installment option will help some of our property owners avoid the considerable penalties incurred when delinquency occurs.

Depending of the specific bill, it is generally not a matter of taking your total taxes and dividing by four. Special charges, credits, and other factors will determine the exact amount of each installment. To help explain all of these variations, the City Treasurer’s website will have frequently asked questions and a number of different scenarios to give taxpayers a better understanding of how four installments would work for them.